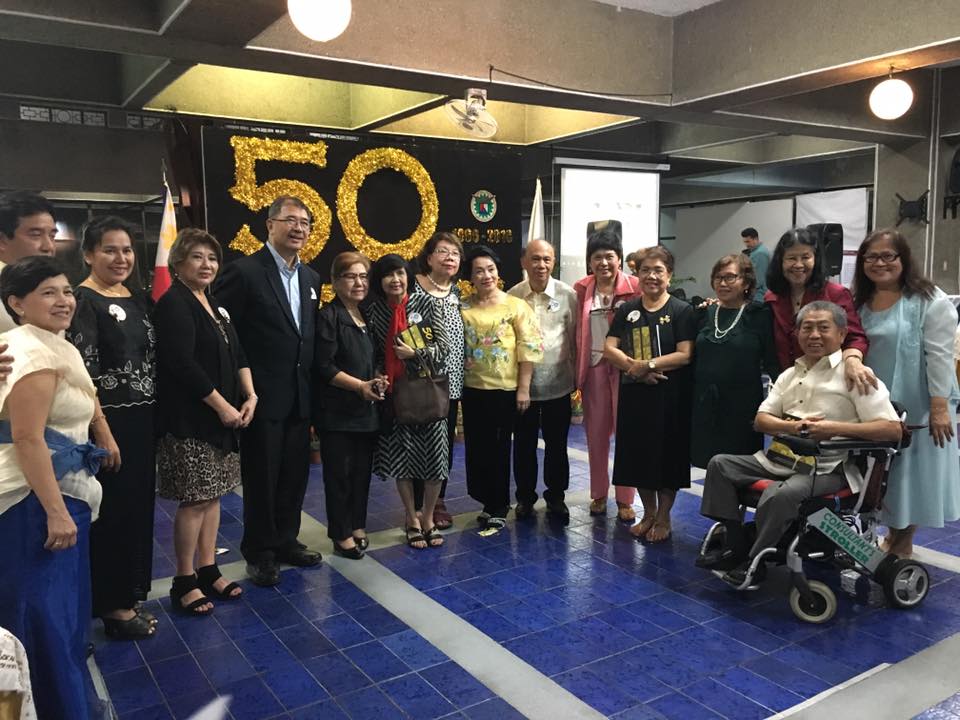 UP ISSI celebrated its 50th founding anniversary in the afternoon of 25 November 2016 with special guests from the Netherlands embassy, UP officials, partners, former staff and directors of the Institute.

UP Diliman Chancellor Dr. Michael L. Tan gave the welcome remarks and challenged the present ISSI organization to “move forward, be creative and be innovative” with all the programs it offers to the public so as to “go with the times”.

For his part, UP President Alfredo E. Pascual talked about the role of UP ISSI in promoting honor and excellence, the UP way.  Like Chancellor Tan, he also challenged ISSI to adopt a “changing strategy for the small business” to become attuned to the present competition.

One of the former ISSI directors who graced the occasion was Dr. Paterno V. Viloria, president of UP ISSI’s major private-sector partner Small Enterprises Research and Development Foundation.  He recalled the history of the Institute, remarking that UP ISSI is the pioneer in entrepreneurship development with emphasis on small entrepreneurs and business. 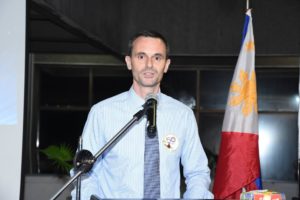 Instrumental to the founding of UP ISSI was the Royal Government of the Netherlands, which in 1966 installed ISSI as a premier development institution for small industries in Asia.  Representing the Netherlands ambassador Marion Derckx during the anniversary celebration was Jaco Beerends, counselor and deputy head of mission of the Netherlands embassy.  He traced the roots of ISSI to the bilateral project between the governments of Philippines and the Netherlands 50 years ago.

He articulated the 50 years of partnership between the two nations and assured the Philippines of a continuing partnership.  He also announced the donation of additional koi to adorn ISSI’s pond located at the atrium named after the Queen of the Netherlands.

Meanwhile, Prof. Melito S. Salazar, Jr., dean of the School of Accountancy and Management of Centro Escolar University and former ISSI director, spoke about the advocacy that UP ISSI has embraced throughout the years.  He mentioned about the many projects the Institute has done in the past and attributed his work as a columnist writing about enterprise development to his experience in ISSI.

“I became a strong advocate of small enterprise development because of what I have been doing in ISSI”, he said. “The drive that UP ISSI put in me still continues up to this day,” he added, outlining how the Institute made an impact on his life and on the career he has built on himself up to this day.

ISSI then, now and in the future

Meanwhile, Ignacito U. Alviso, a former ISSI staff, reminisced about his good old days in the Institute.  The chairman and chief executive officer of the Kalisod Mo Tabangan Ko Microenterprise Development for Community Foundation thanked his former colleagues and mentors, who made his work in the Institute “a very challenging and fulfilling one”.  He summed up his life in the Institute as one full of traveling:  “From Cagayan Valley to Leyte, to even the Netherlands, where I got a scholarship to study more,” he recalled.  “Until now, I’m proud to say that ISSI was able to delegate, alleviate and replicate programs that made an impact on entrepreneurs on a micro level in the Philippines,” he added.

To cap off the program, Dr. Fidel R. Nemenzo, the present officer-in-charge of the Institute, remarked how ISSI has come a long way.  “ISSI should relive its  mandate to fit into the moods of the time,” he said, and added that “Here in ISSI, we’re building not only entrepreneurs [but also] a country.   Hindi lang tayo puro negosyo [We’re not concerned with businesses only].  We are empowering entrepreneurs to take part in nation building.”

Later, Dr. Nemenzo led the distribution of plaques of recognition to former ISSI directors who were present during the occasion.  He also led the launching of the book chronicling 50 years of ISSI with more than 50 stories written by past and present staff of the Institute.

The celebrations drew into the evening with prizes raffled off to lucky guests.