The Institute for Small-Scale Industries was established on March 2, 1966 through a bilateral agreement between the Republic of the Philippines and the Government of the Kingdom of the Netherlands. Its principal objective then as now was to assist and promote the development and growth of the small scale industrial sector in the Philippines. Originally set up as the training institute for the Philippine small industries, it gradually built up its capabilities and expanded its activities to include research, extension, and information programs. On August 4, 1969, the Institute was established through Republic Act No. 6041 as a research and extension unit of the University of the Philippines. The Institute had its permanent home with the completion of the four storey E. Virata Hall in 1986. From then, UP ISSI conducted several consultancy training courses, seminars, technical studies in the field of medium and small-scale industries with emphasis on Philippine industries. 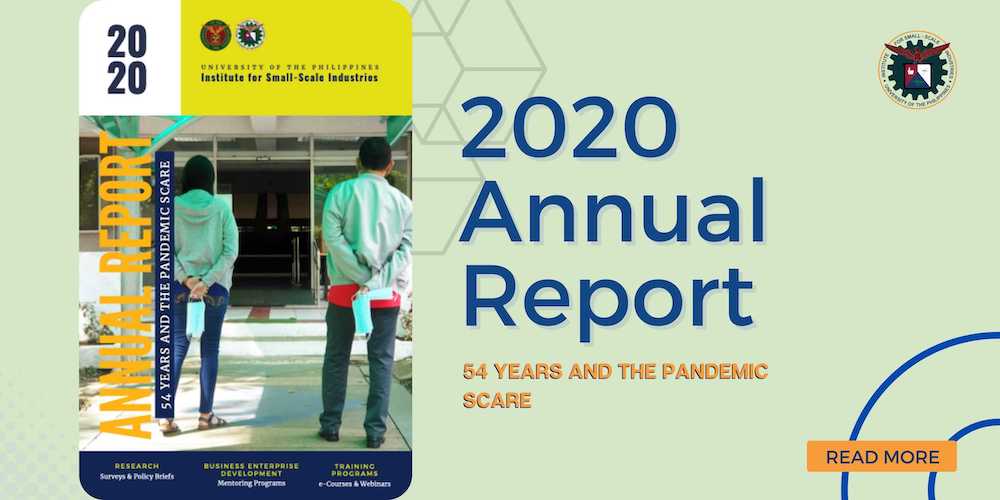 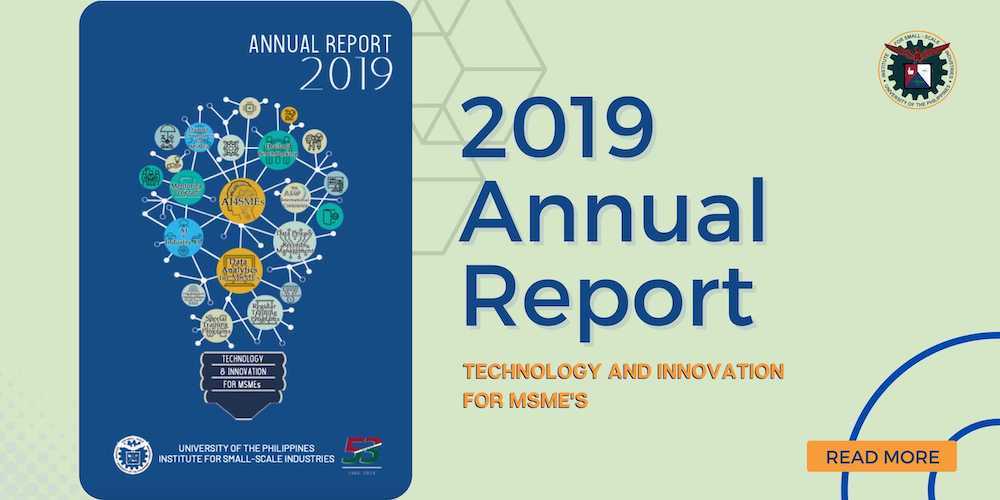 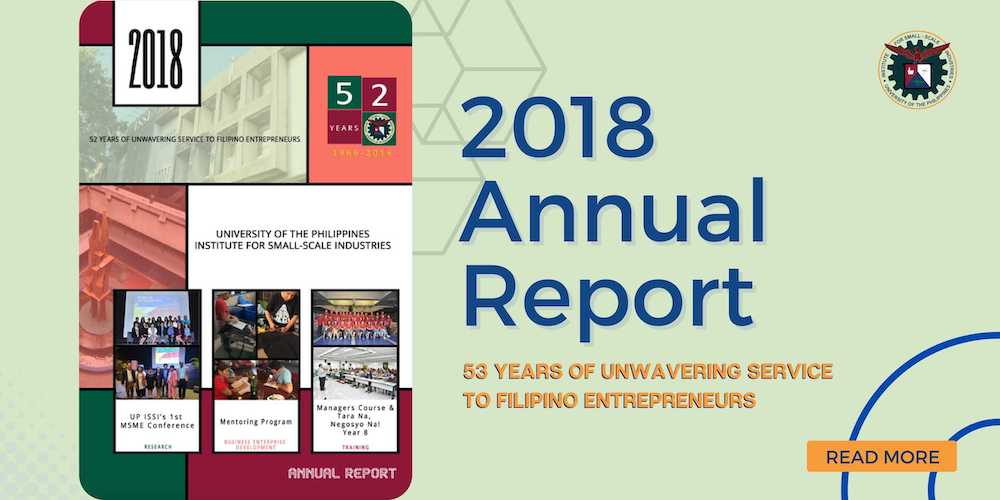 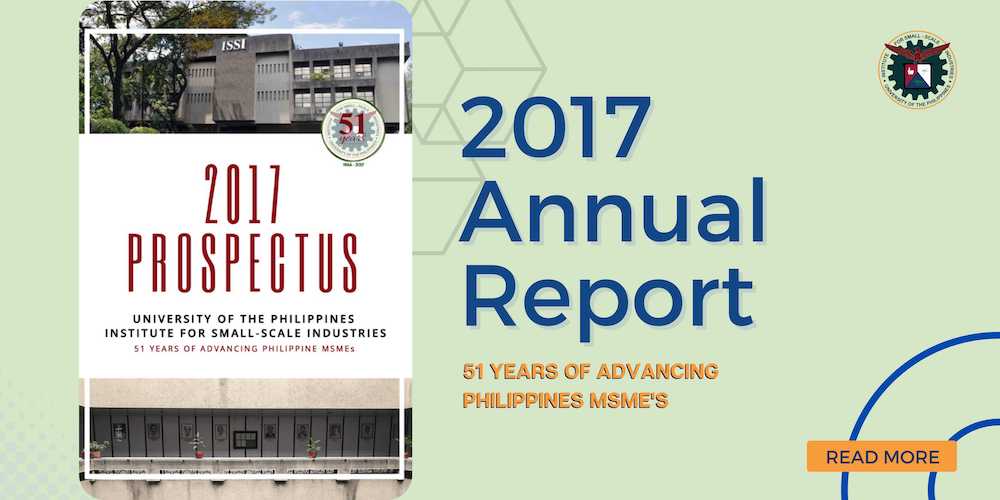 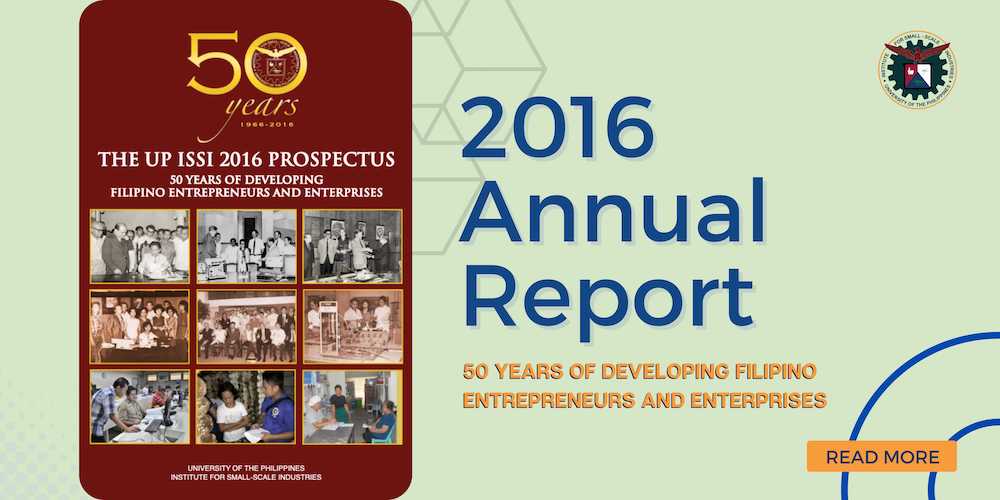 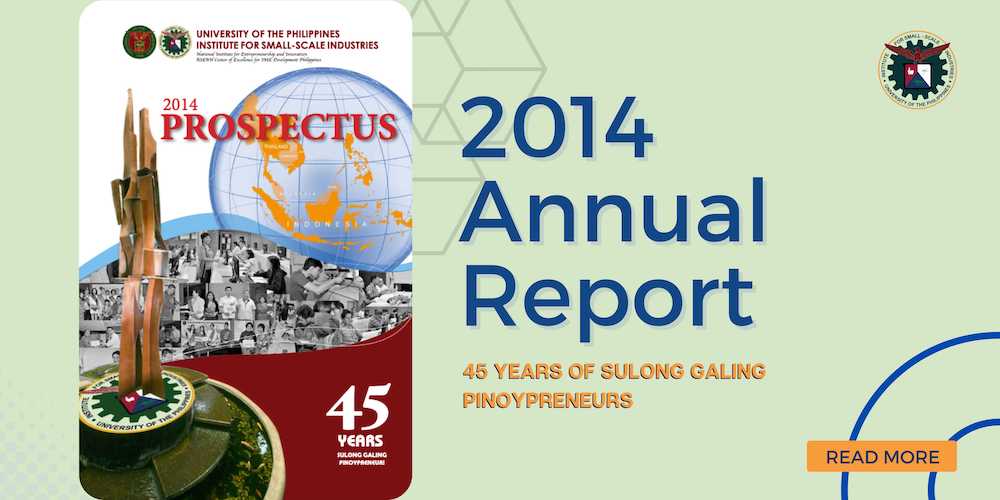 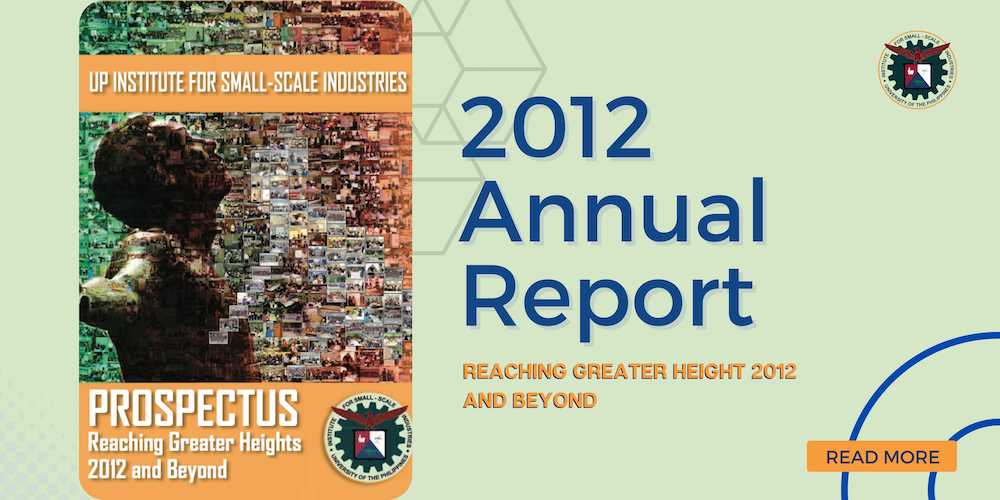 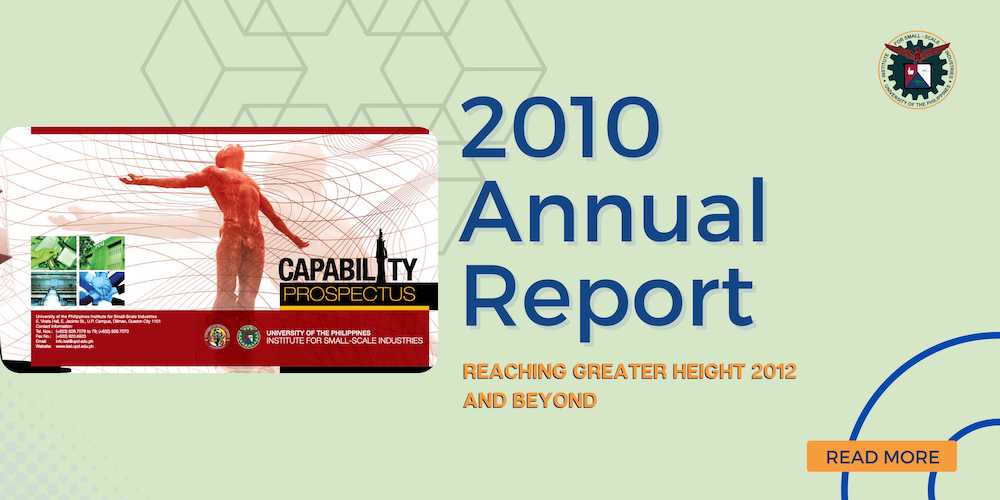 The ISSI News (formerly ISSI Wall News) is a bi-annual publication of the Director’s Office. 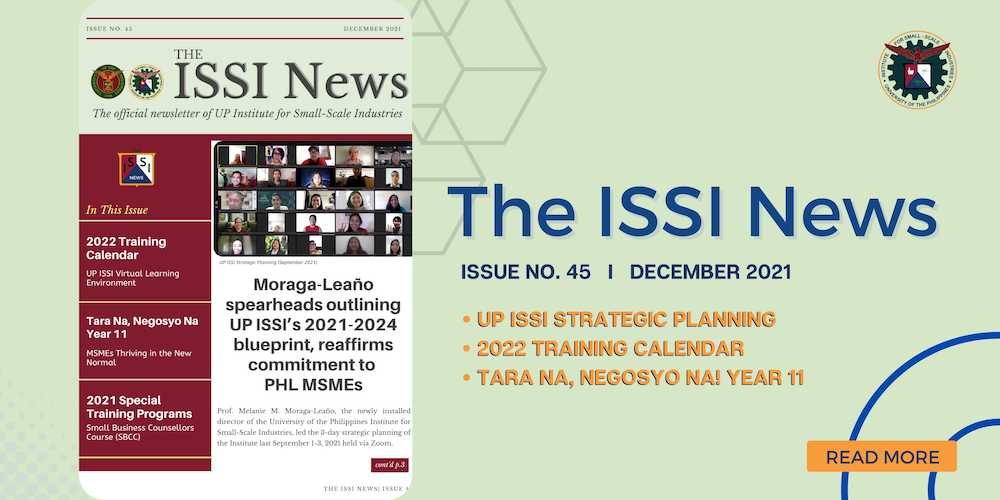 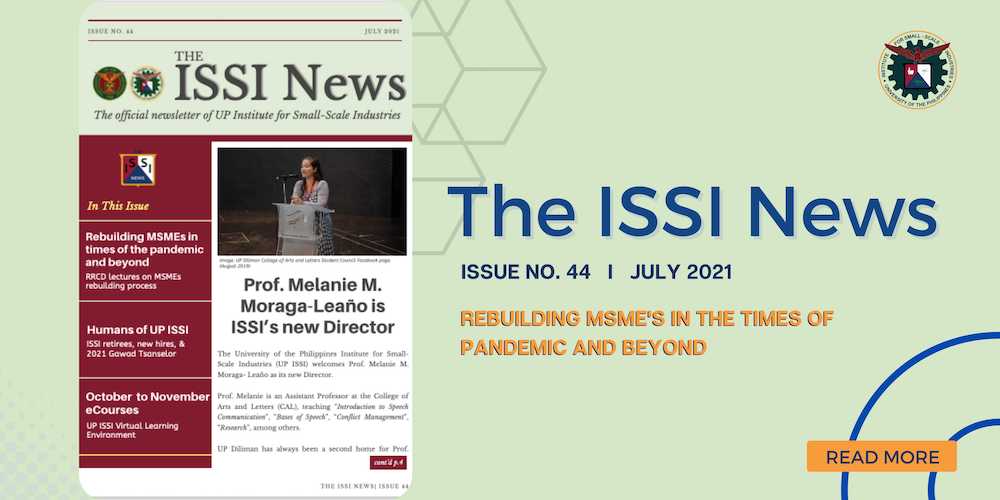 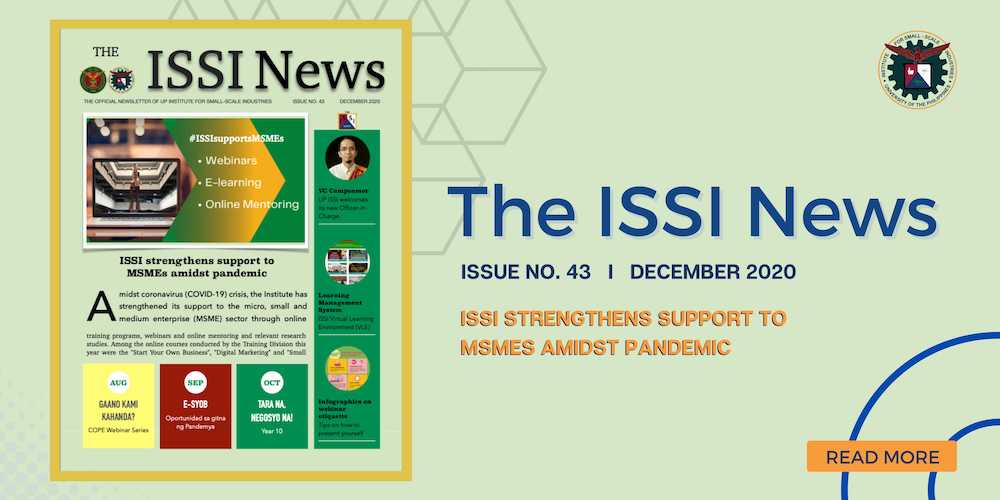 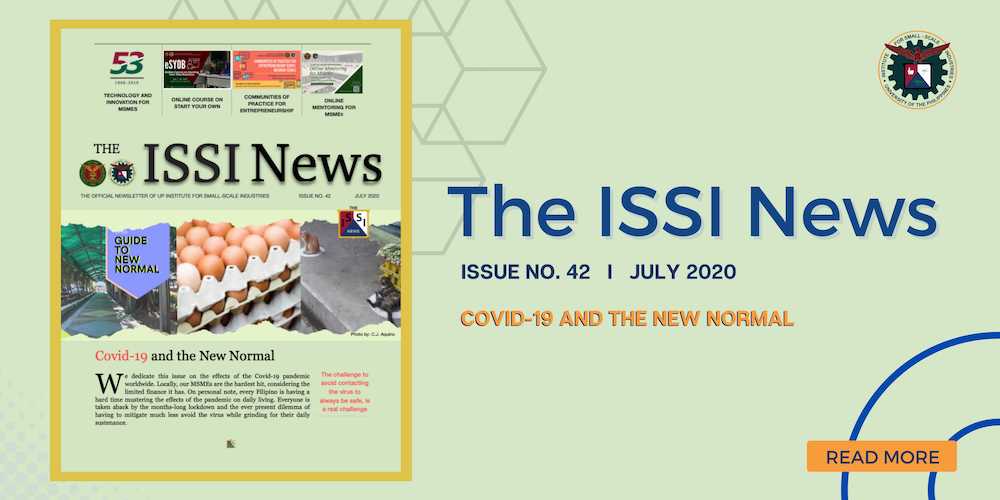 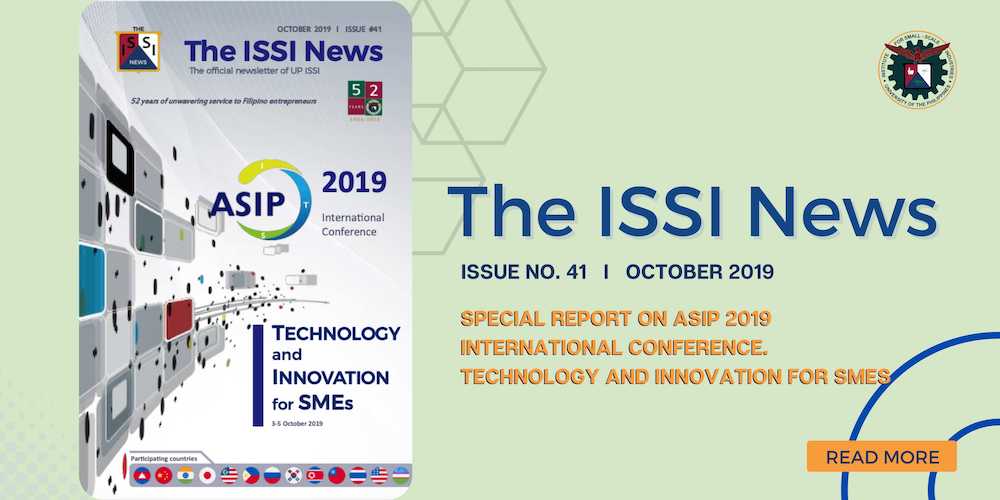 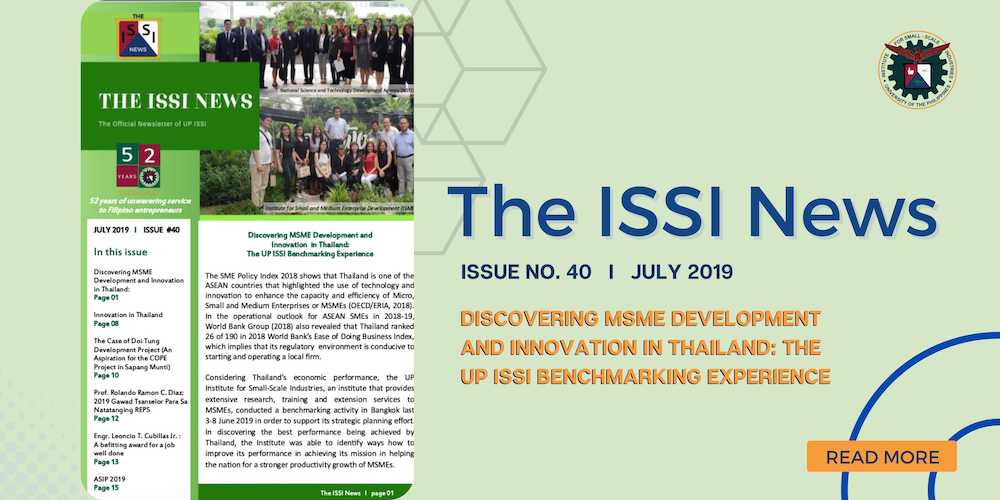 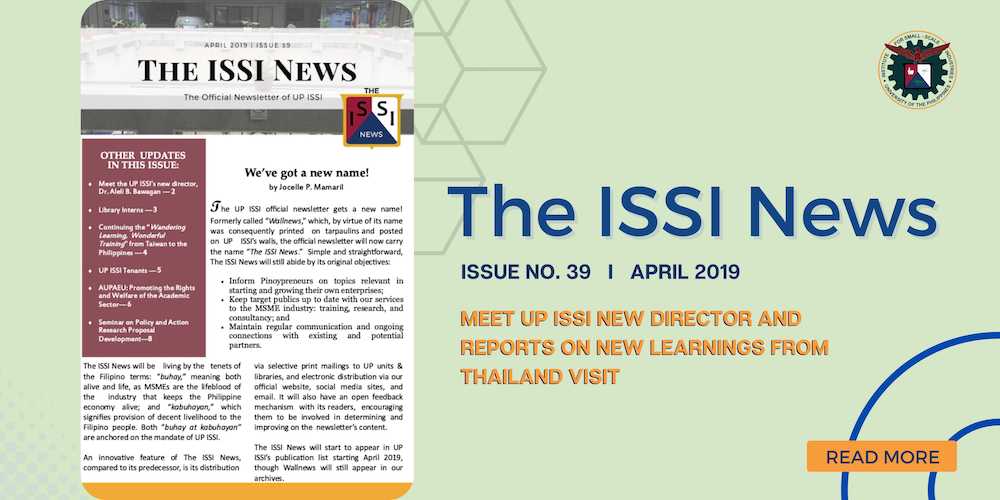 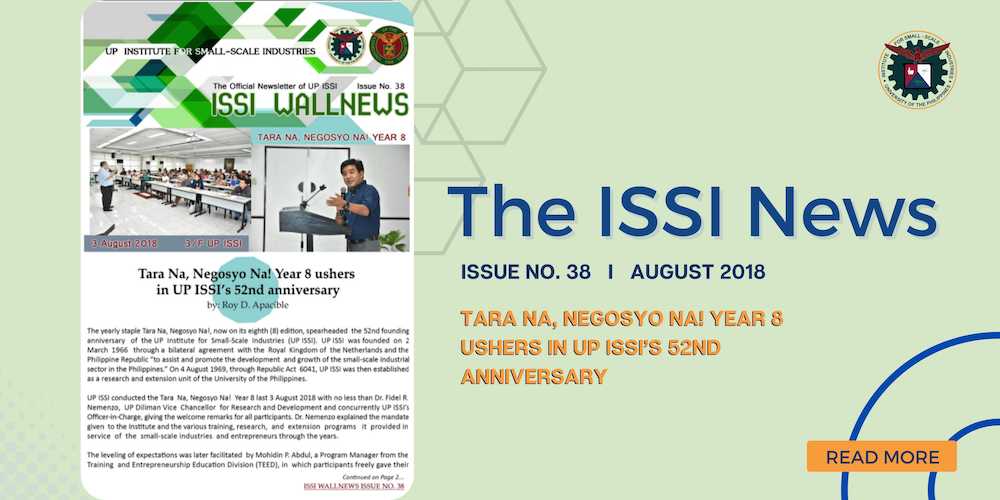 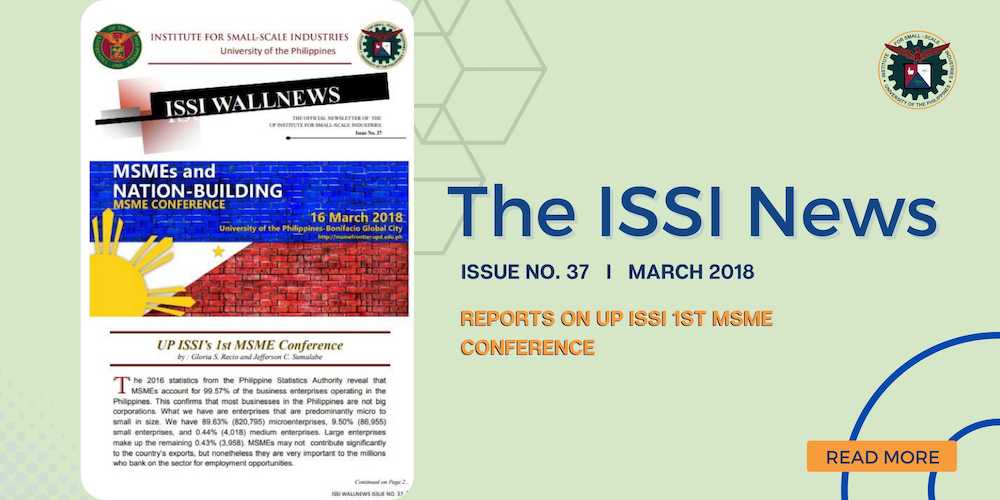 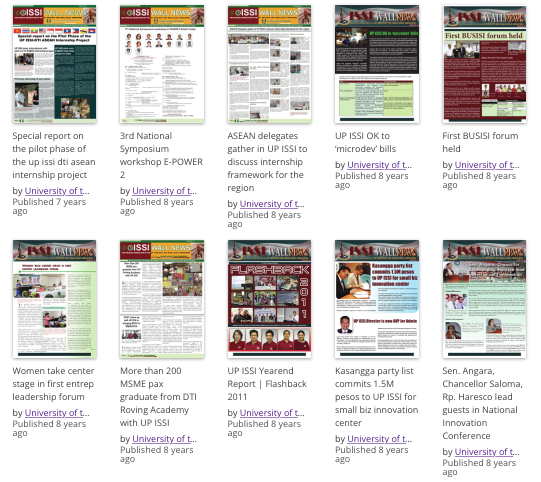 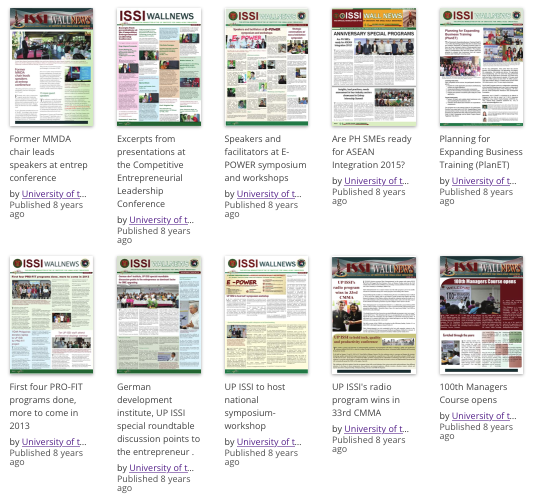 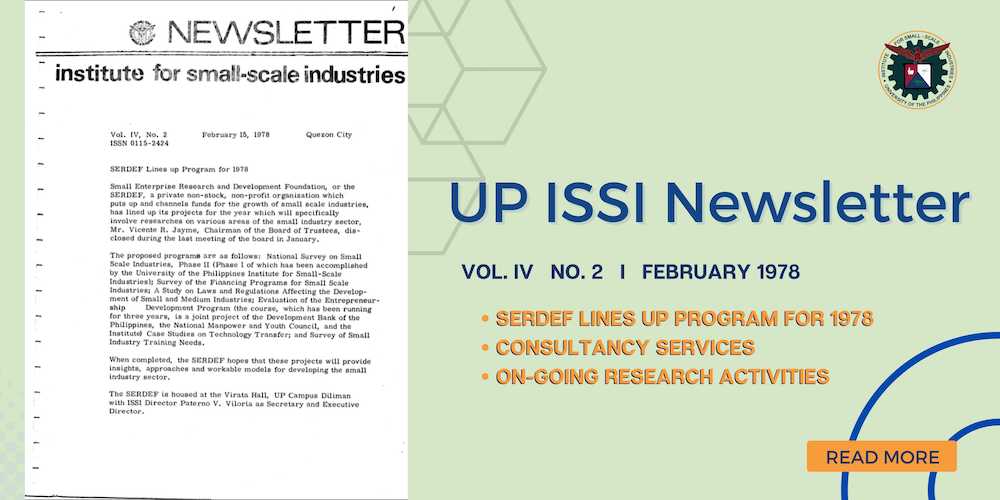 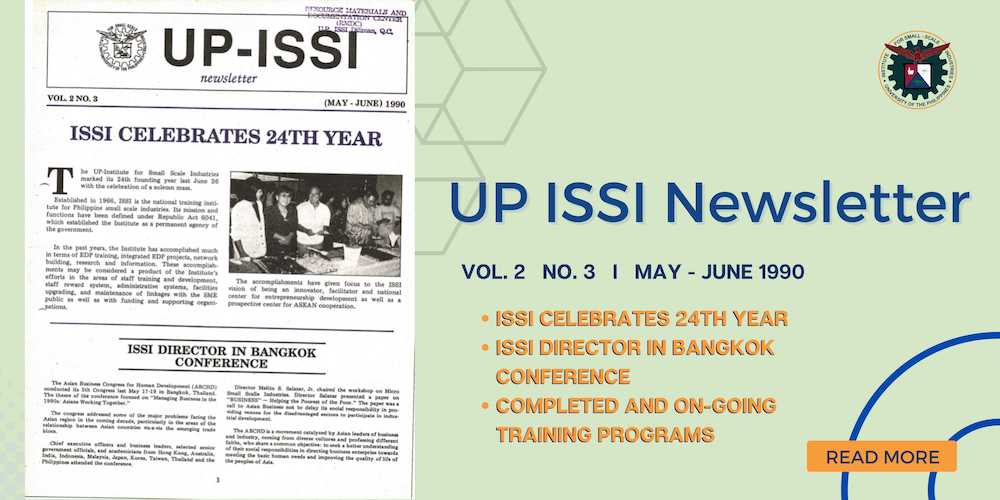