As lanterns light up the entire country during the Christmas season, no city shines brighter than the City of San Fernando in Pampanga, the birthplace of famous lantern makers in the country. The parol or star lantern is perhaps the paramount Filipino Christmas symbol with its colorful, crafted with love and aglow with the spirit of the season. 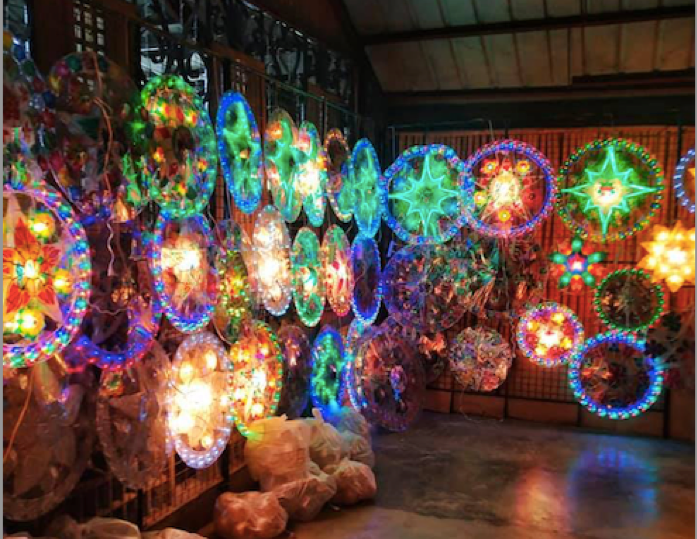 And this parol serves Mr. Roland Quiambao as his beacon of hope in the same way that the people of Pampanga did during the devastating 1991 Mt. Pinatubo explosion, an opportunity to bring light and hope to his beloved city. He was then commissioned to decorate the city’s lamp and electric posts with parol that became a powerful and enduring symbol that guided and embodied the Kapampangan spirit.

A prolific advocate of arts and culture and a testament to San Fernandino’s creativity.  Mr. Roland Quiambao has made the San Fernandino’s proud when he made the first ever Mural Lantern and was displayed at the Taiwan International Lantern Festival in 2017.

The Master Lantern Maker of the City of San Fernando is also an awardee of The Outstanding Filipinos in America (TOFA), Hall of Famer in Pampanga’s Giant Lantern Festival for winning the competition four years in a row and becoming one of the country’s biggest parol suppliers not only in the Philippines but also in the United States and Europe.

As a proclaimed cultural worker, Mr. Quiambao strongly advocates for the continuation and preservation of the age-old craft and tradition of parol making especially to younger generations. For him, the main driver of the business lies in its deeply rooted dedication to Kapampangan tradition and culture. At the very core of the business are history and personal history that is richer than any quantifiable and monetary profit.